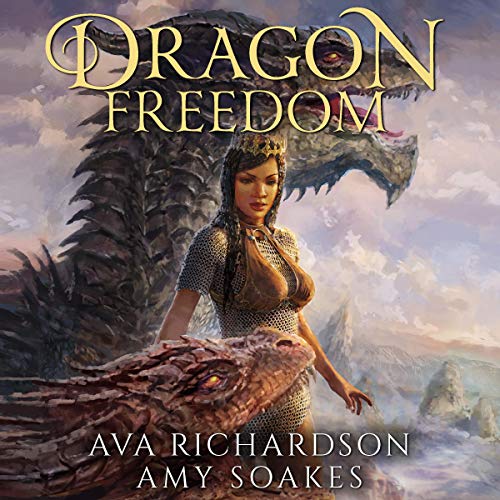 No sooner has Narissea successfully recovered the Stone Crown and used its power to fend off Inyene, the evil Metal Queen, she discovers the crown can’t be removed. And it’s consuming her mind with its poisonous whispers. Irrational commands and uncharacteristic rage burst forth before she considers their impact. Unwittingly dragons across the land are enslaved by forced obedience to her every word. Not even her own dragon, Ymmen, is spared from the Crown’s powers.

But it’s the voices that drive Narissea toward madness. Voices of the world’s dragons that never cease thundering through her skull—until one breaks through the rest: urging her to take up the throne as High Queen and destroy.

In desperation, Narissea seeks Torvald’s scholar king to help unravel the mysteries of the crown’s creation and crush its growing control over her. With her dragon, Ymmen, and her friends, Abioye and Montfre by her side, she can resist…for now. But the Stone Crown has a will of its own—and it will use whatever means necessary to accomplish its evil goal.

Now Narissea must find a way to destroy the crown.

Before it destroys her.

Amazon US Audible US link