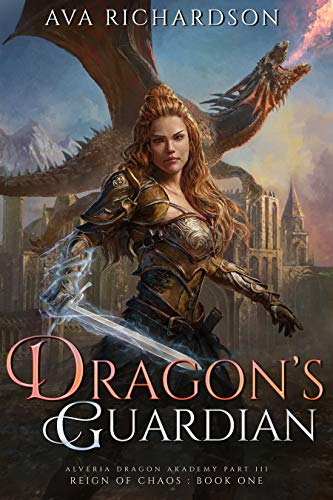 After three unsuccessful terms at Alveria’s Dragon Akademy, seventeen-year-old tamer trainee Mari has one last chance to bond with a dragon. If she fails, her dream of joining the Dragon Guard alongside the troubled Crown Prince, will be over for good. And that is not something she’s willing to accept.

Prince Kai has been stuck in his dragon form for two years, making any normal public life impossible. Unable to shift back into human form, he fears he will lose control of his magic as his draconian instincts grow more powerful every day. He’s burnt through dozens of tamers, so when Mari appears at the palace he’s intrigued by her determination, but certain it will be another flop.

When a sudden sickness spreads through the land and new, shadow-born monsters terrorize Alveria, Mari and Kai might be the only people who can stop it. But Mari’s hiding a secret connection to the beasts, and it may already be too late…

Can they form a bond and stop Alveria from falling into chaos?

Queen of the Dragons Ava Richardson invites you to immerse yourself in a dragon-filled world with epic magic, fearless heroes and, at its heart, the deep bond between dragon and rider.

Amazon US Audible US