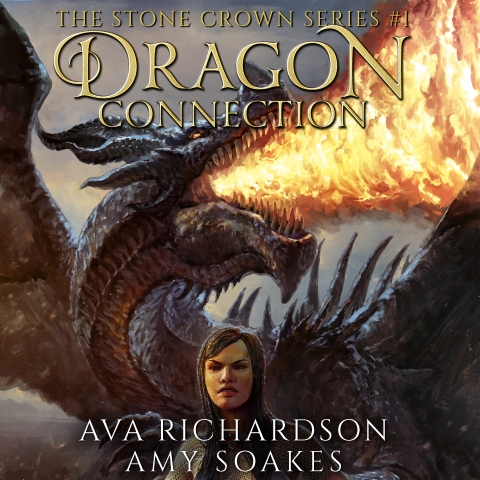 One crown can unite them—or destroy them all.

The three kingdoms lie splintered, their aging dragon riders content with stories of glorious battle victories. But a new evil creeps across the land. Inyene, a powerful noblewoman of the Northern Kingdom, plunders valuable resources to power mechanical dragons in her quest to gain a foothold in the Middle Kingdom. From there she will ascend the High Throne, once again uniting the realms under a single crown.

For the wearer of the Stone Crown can wield unlimited power—if it can be found.

Narissea has spent a quarter of her sixteen years slaving away in the mines, accused of a crime she didn’t commit. When word reaches her of the horrors assailing her village, Narissea knows she must act despite the risk. Already her arm is scarred with four brands signifying previous escape attempts. If she’s unsuccessful in her fifth, it will mean death.

But her life forever changes when she stumbles upon an injured dragon, discovers an ancient shrine, and learns the true purpose behind Lady Inyene’s mechanical abominations.

Now, Narissea has only one choice: gain Inyene’s trust and find a way to thwart her plans, even if it means sacrificing that which she desires most of all …
Her freedom.

Amazon US Audible US