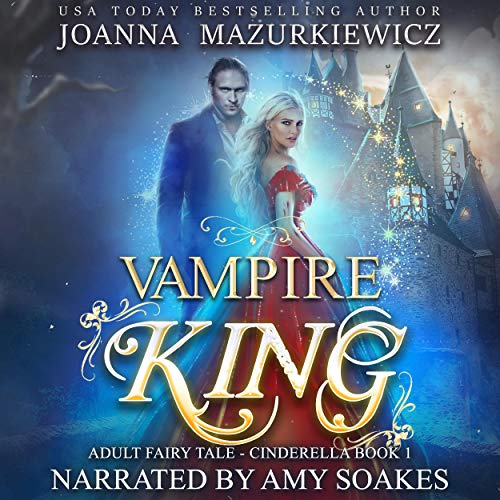 In a kingdom ruled by a vampire, royal blood doesn’t mean what it used to—and fairy tales don’t always have happy endings.

To wrest her inheritance from her evil stepmother, Cindy must marry a respectable man before she turns 25. The upcoming royal ball is the perfect place to find one—with the help of a fairy godmother. Or at least, a drunken prostitute with some magical skills.

At the ball, though, King Caspian sets his sights on her. It’s not like Cindy doesn’t know better—but surely no one’s more respectable than a king. So really, what does she have to lose?

Everything, as it turns out. Because the king isn’t human at all, but a monster who’s hell-bent on having Cindy in his bed again.

If only he can track her down.